Last June, the promotor of Bigbang ALIVE tour 2012 has already open the ticket sale so i bought it online with a lot of effort trying hard to get into the website which was always in full capacity.

Last night the concert that i’ve been waiting for finally happened. Looking at twitter timeline where queueing already happened at 9 o’clock in the morning while the venue gate open at 6pm i was like .. my GOD. But i was just too lazy to go to the venue that early. I arrived at about 5pm, doing our online print-at-home ticket verfivied, which was kinda not easy to find the booth to do it, since it was hidden inside the crowd of people queueing, i didn’t see any ticket booth sign anywhere. So it was confusing.

The verification itself only took less than 3 minutes, they just stamped and signed the paper, and we have the ticket verified. After that we get ourself some early dinner then just sitting around waiting for the gate to open. We didn’t enter the que, cause it was too crowded and no sign of any movement.

About 6.30 we started to join the crowd, and about 7.30 we get in to the venue. at the entrance gate where our ticket barcode where being checked, there were hundreds of used mineral bottles on the ground, what a shame. I expected there will be some security checking for our belongings, since the promotor keep on asking not to bring any camera, only cellphone and cellphone-size-pocket camera allowed. But there weren’t any checking, they didn’t even check our ticket, so it was really easy to sneak in to other section. This was really a dissapointment, just because the promotor has already sold many tickets doesn’t mean you didn’t monitored the crowd flow to the correct section. I mean, why did we buy the standing ticket which was quite pricey when many people who owns tribune ticket able to get into standing area? C’mon.

The show started at 8pm, the boys in a capsule, the crowd went crazzay. Crown stick everywhere, i started jumping and dancing don’t care about other people around me .. hahahah .. the atmosphere was so dense and energetic. I took some attempts to try to go forward near the stage but i gave up, it was too crowded, hot and i’m just too short :(. In the back section i can see some of them from a distance but when i try to move forward i can only see people’s head 😐 *bummer*

There’s a bit of chaos on front row, Yong Bae keep on asking for them to stop pushing. He said they will stop playing if the audience keep on pushing. But hey, this is Jakarta, they don’t really hear your words, Yong Bae.

Yong Bae was the most talkative member last night, Seungri too while the other just not as much as them. T.O.P was such a hottie, sexy, with his glowing face and make me melted everytime he started to sing. Overall the were just so freakin perfect! a bit out of tune, missplace scenario (they called T.O.P but he didn’t showed up) were so forgivable.

The sound system were not as great as the promotor promised us. They said it would be awesome, loud and great. But in reality it was just a so so, not that loud, a bit crack on some song. Turned out that they lowered the bass level, different from 12 oct’s show. Damn. Why do we pay so much for a not maximal quality?

When i hurried for the ticket i expect it was a one day show, and it turned out i attend the second show, that was also a bummer. People said the first show was not as crowded as the second show, they can approach the stage easily and they can interact with bigbang more closer, man i’m jelous. And i’m waiting for bigbang to come back to Indonesia for another show. 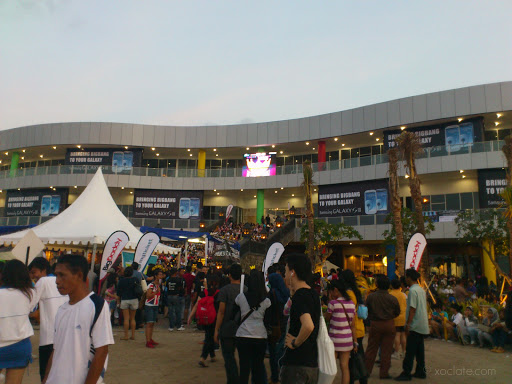 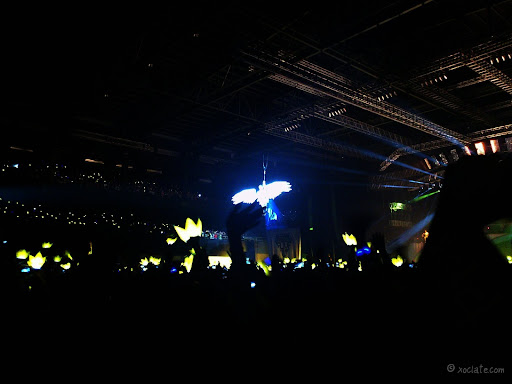 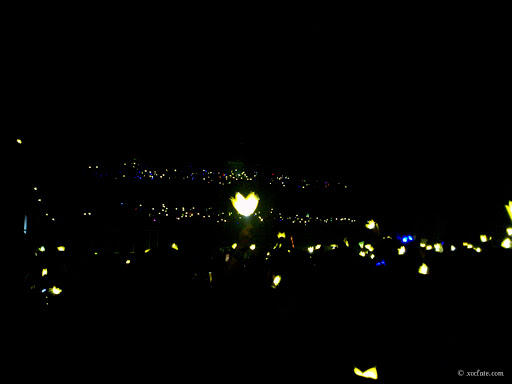 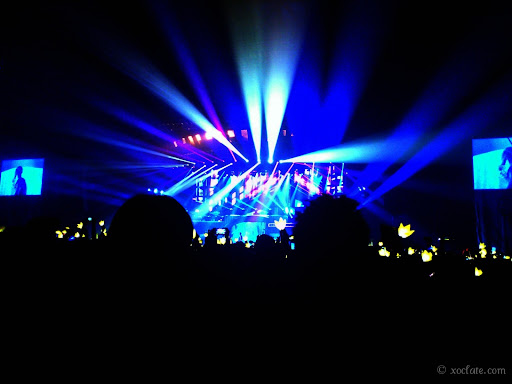 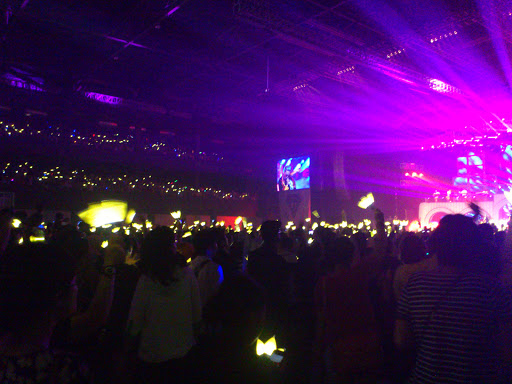 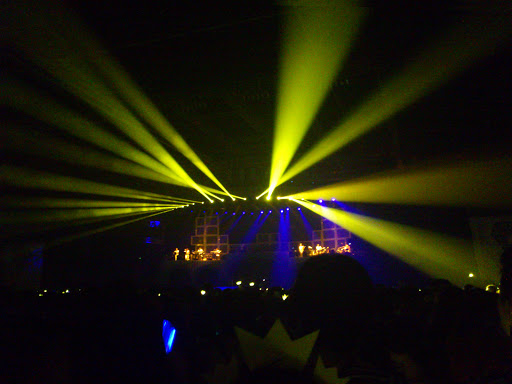 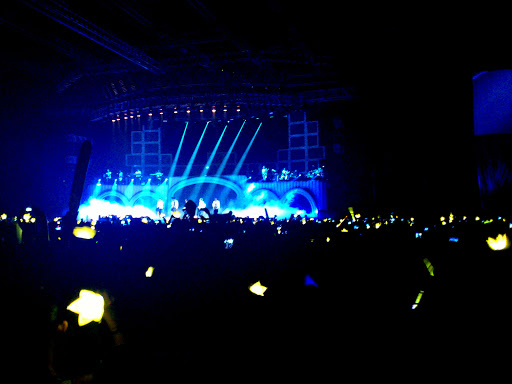 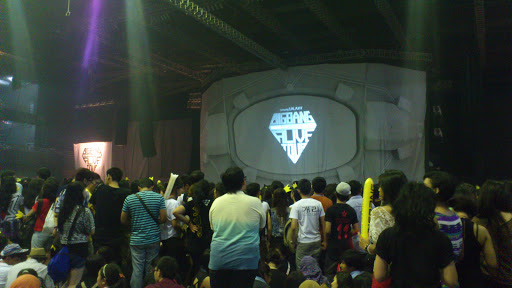 Minutes before it started